Kathryn Miller Haines is the Head of the Center for American Music, part of the Archives & Special Collections Department of the University of Pittsburgh Library System. She is one of the co-authors of the curriculum support guide, Voices Across Time: Teaching American History Through Song (voices.pitt.edu) and has served as part of the project team and faculty for six successful past NEH Summer Institutes for Teachers based on the guide. She also serves as adjunct faculty for Seton Hill University’s Writing Popular Fiction MFA program.

Suzi Bloom is the Director of Education for Rivers of Steel National Historic Area. She has a BS in Environmental Science/Ecology from Juniata College and an MS in Parks and Resource management. She has 20 years of experience with environmental education.

Jeffrey Tripodi is a Social Studies teacher and Coordinator of Gifted Education at Blackhawk High School. He has received the Roy A. Hunt Foundation Award for Commitment to Education in the Arts and Humanities and has extensive experience presenting teacher training workshops with an emphasis on the use of technology in the classroom.

Ron Baraff is Director of Historic Resources and Facilities for the Rivers of Steel National Heritage Area, in Homestead, PA. He supervises the Rivers of Steel National Heritage Area Archives and Museum, Interpretive and Tourism Programming, and Historic Sites - including the Carrie Furnaces National Historic Landmark site in Rankin/Swissvale, the Battle of Homestead site/Pump House in Munhall, and the National Historic Landmark Bost Building in Homestead.

Zachary Brodt is the University Archivist at the University of Pittsburgh Library System’s Archives & Special Collections. In addition to his work with the University Archives, Brodt has overseen the department’s labor collections for over a decade and previously served as the archivist for the Henry Clay Frick Business Papers. Brodt has contributed to the understanding and memory of the Homestead Steel Strike through his presentation “The Company, the Union & the History Channel: Depictions of the Homestead Steel Strike” at the spring 2013 Mid-Atlantic Regional Archives Conference and his article “Strike Out: A Pirates Pitcher at the Battle of Homestead,” which won the 2016 MARAC Arline Custer Memorial Award. 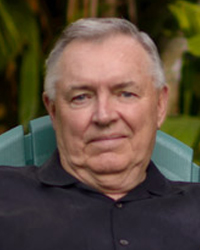 is the author of twenty-five books and novels, including the works of non-fiction, Last Train to Paradise: Henry Flagler and the Spectacular Rise & Fall of the Railroad that Crossed an Ocean (a NY Times Best-Seller, History Channel Top Ten Pick & the One Read choice of more than a dozen public library systems), Meet You in Hell: Andrew Carnegie, Henry Clay Frick and the Bitter Partnership that Transformed America (a NY Times Best-Seller), Washington Burning: How a Frenchman’s Vision for Our Nation’s Capitol Survived Congress, the Founding Fathers and the Invading British Army (the latter two both publisher’s nominees for the Pulitzer Prize and National Book Awards), The Man Who Invented Christmas: Charles Dickens and the Writing of A Christmas Carol (a new York Times Editors Choice), Bringing Adam Home: The Abduction that Changed America (a NY Times best-seller and Wall Street Journal #1 best-seller), Water to the Angels: William Mulholland, His Monumental Aqueduct & the Rise of Los Angeles, a featured alternate of the History Book Club, and, most recently, Palm Beach, Mar-A-Lago & the Rise of America’s Xanadu (2019). In 2021, Public Affairs Press published Battle for the Big Top: P.T. Barnum, James Bailey, John Ringling & the Death-Defying Saga of the American Circus. That book was named winner of the Gold Medal for General Non-Fiction by the 2021 Florida Book Awards. He is also the author of ten novels, including eight books in the well-received John Deal mystery series. He has received the Barnes & Noble Discover Great New Writers Award, the Frank O'Connor Award for Short Fiction, and Fellowships from the National Endowment for the Arts and the National Endowment for the Humanities. He has served as Founding Director of the Creative Writing Program at the University of Texas at El Paso from 1973 to 1985 and since 1985 as Professor of English and Founding Director of the Creative Writing Program at Florida International University in Miami. He is a former screenwriting fellow and graduate of the American Film Institute in Los Angeles. He was holder of the Peter Meinke Chair in Creative Writing at Eckerd College in St. Petersburg for the Spring of 2016. In 2018, he was named Distinguished University Professor at FIU. 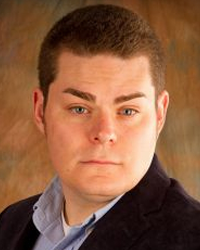 is a leading authority on the political, economic, and diplomatic history of the United States during the fifty years between Andrew Jackson's election to the presidency in 1828 and the so-called end of Reconstruction in 1877. He earned his Ph.D. from Temple University in 2009 and has published six books, including Eastern State Penitentiary: A History, the Bank War: Andrew Jackson, Nicholas Biddle, and the Fight for American Finance, Amiable Scoundrel: Simon Cameron, Lincoln's Scandalous Secretary of War, and The Presidency of Ulysses S. Grant: Preserving the Civil War's Legacy. His seventh book, Philadelphia: A History, will be published by the University of Pennsylvania Press in 2024. You can learn more about Dr. Kahan and his work by visiting his website. 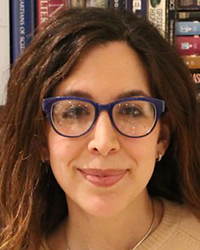 is a historian of the Jewish experience in Western Pennsylvania.  She combines in-depth historical research with technology and genealogy to reconstruct stories from the past in an engaging way.  Her website HomesteadHebrews.com showcases the significant research she has done into this historical steel town to examine how the trajectory of this forgotten Jewish community illuminates the better-known stories of the town's other communities.  She has presented her findings around the world, including the Library of Congress and the International Jewish Genealogy Conference in Jerusalem.

Quentin Skrabec is a professor in the College of Business at the University of Findlay in Findlay, OH. He is the author of Henry Clay Frick: The Life of the Perfect Capitalist (McFarland, 2010) and The Carnegie Boys: The Lieutenants of Andrew Carnegie That Changed America (McFarland, 2012). 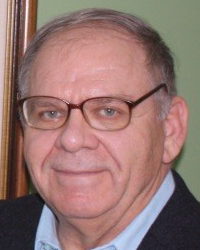 is a retired third-generation steelworker and manager with more than 40 years of service at Jones & Laughlin, LTV and United States Steel Corporations with a Bachelor of Science in Mechanical Engineering from the University of Pittsburgh. Author of six Books including City of Steel – How Pittsburgh became the world’s steelmaking capital during the Carnegie era, Kobus is considered an expert in the steel and railroad industries.
Lecturer, History of Cokemaking,  McMaster University, Instructor, Osher Lifelong Learning Institute, CMU.  Member – Association of Iron and Steel Technology and predecessors, Association of Iron and Steel Engineers and the Iron and Steel Society. Also, Eastern States Blast Furnace and Coke Oven Association and Society of Industrial Archeology. 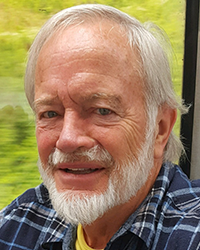 obtained a Ph.D. in Philosophy at the University of Louvain (Belgium) in 1968, taught in East Chicago, Indiana, and in 1972-3 crossed the Sahara and the width of Africa. He and his wife Linda raised five children while he became a machinist, chief steward of the UE Local 610 (Union Switch and Signal) and a leader in the 1980s struggle to save regional manufacturing. As professor of Industrial and Labor Relations and director of the Pennsylvania Center for the Study of Labor Relations at Indian University of Pennsylvania, he served as president of the Pennsylvania Labor History Society and was a founder of the Battle of Homestead Foundation. 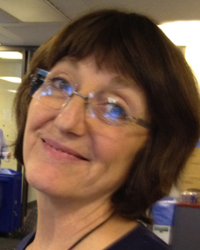 is a labor educator with the United Steelworkers and she facilitates training classes on assignment across the U.S. In 1976, Steffi joined U.S.W.A Local 1557 in Clairton, PA, where she worked for U.S. Steel at the Clairton Coke Plant. When laid off in 1981, she organized the unemployed, helped to found the St. Peters Steelworkers Food Bank and was the first president of the Mon Valley Unemployed Committee. Subsequently, she made television programs, including: “Women of Steel” a documentary about women steelworkers laid off in the 1980s, “Labor’s Corner,” a weekly program on Pittsburgh public television, and “The River Ran Red,” the hour-long documentary on the 1892 Homestead Steel Strike.

Joel Woller is an interdisciplinary educator. At Carlow University, where he has been an Assistant Professor of History, he co-founded a minor is Labor and Working-Class Studies and teaches a course on the Homestead Strike. He is currently a Ph.D. candidate in Literary and Cultural Studies at Carnegie Mellon University, where he is writing a dissertation on the Homestead Strike in collective memory. He has long been active in the Battle Of Homestead Foundation.

the Museum’s first Curator, joined The Westmoreland Museum of American Art in October 1995, was promoted to Chief Curator in 2009, and retired after 26 ½ years on April 1, 2022. As a member of the Senior Management team, she had overall responsibility for the Museum’s permanent collection and exhibitions. With a concentration in the primary fields of nineteenth and twentieth century American art, she holds Masters degrees in both Art History and Museum Studies from Syracuse University and has a record of published research in American and regional art. Publications in conjunction with exhibitions include Nature Staged: The Landscape and Still Life Paintings of Levi Wells Prentice (1993); Samuel Rosenberg: Portrait of a Painter, in cooperation with Carnegie Museum of Art (2003); Born of Fire: The Valley of Work, on the Museum’s scenes of industry collection (2006); and Painting in the United States (2008). Picturing America: Signature Works from the Westmoreland Museum of American Art (2010) was published to accompany the reinstallation of the permanent collection galleries that year. She contributed to the catalogue and co-curated the exhibition Simple Pleasures: The Art of Doris Lee that opened in September 2021. A member of American Alliance of Museums and the Association of Art Museum Curators, she juries both national and regional art exhibitions and lectures on a regular basis. With her exceptional museum team, she completed the redesign and reinstallation of all the renovated and expanded galleries of The New Westmoreland in 2015. She served as a member and Chair of the Historic Architectural Review Board for the City of Greensburg from 2007-2019.